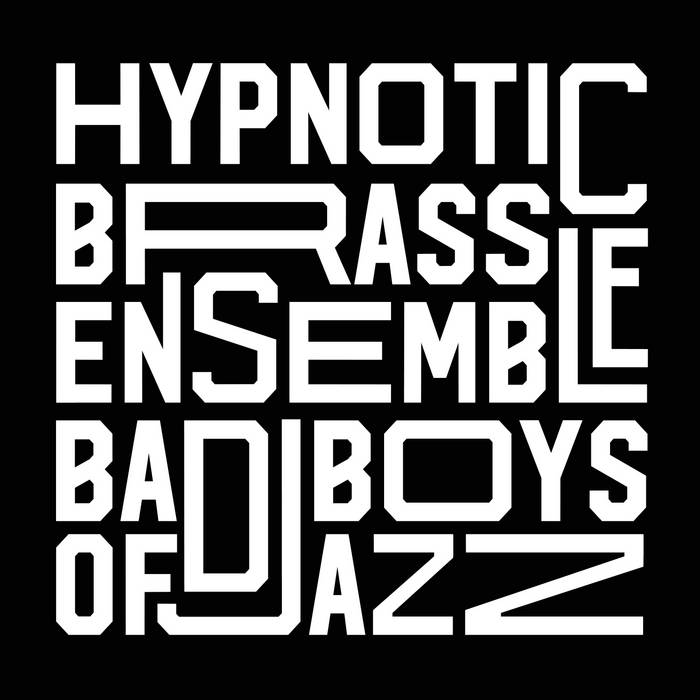 I Am The One Man Gang

2019 sees The Hypnotic Brass celebrating twenty years together not only as a band but a Band of Brothers and they are marking this anniversary with the launch of their sixth studio album “Bad Boys of Jazz”, which sees them seamlessly weave Funk, Dub, Hip-Hop and Soul into their own irrepressible take on Jazz. They draw deep from the well of tradition while taking the pulse of the most cutting-edge and street-savvy sounds.

This album release marks a turning point in the band’s development. Trading in their signature all brass sound, and adding an electric guitar & bass to their aptly vibrant horn lines, they’ve written fourteen new tracks of sonic sorbet. The energy and feel moves seamlessly through genres. From “Delta’s” rock-infused distorted guitar to the house music rendition “In The House” - “My Ship’s” rhythm and blues inflection or the very soca feel of “ Soul On Ice”. “Indigo’s” solid groove leaves room for the sing-along tunes “Coffee” & “Friends”, and flows comfortably into the very funky “Menage”.

The band has been at the forefront of the global Jazz revival of the last decade, bringing the music back to its dance floor origins and along the way, legions of new fans hip to the fact that Jazz runs through the DNA of nearly every strand of Afro American music. Jazz has always been an evolving and innovative force in music, renewing itself by borrowing from whatever styles and fresh sounds come it's way. The Hypnotics are past masters at this process of assimilation and innovation, blowing fresh sounds on the embers of tradition, keeping the flame lit. They call their brand of music “Now Music”.

Music runs deep in the Hypnotic Brass Ensemble. Raised on the south side of Chicago, the band is made up of seven brothers, the sons of jazz trumpeter Phil Cohran, who played with the deep spiritual Jazz, Sun Ra Arkestra. He trained them all to play their horns from childhood and instilled in them a profound sense of the spiritual roots of the music. Each morning started, with them all emptying their breath, producing a unified meditative drone. This was music very much as a transcendental
practice. The cathartic energy of their live shows draws its raw power from this deep reserve, it is an authenticity that can’t be faked.

In 1999 they took their music to the subway stations of Chicago and later relocated to New York where they played impromptu concerts in Prospect Park and on street corners, honing their polished sound with the grit and swagger of the Big Apple.
Since the 2004 release of their debut album “Flipside” they have become recognized as the world’s leading brass ensemble and have toured and recorded with among others Prince, The Gorillaz, Macy Gray, Eryka Badu, and Mos Def. The caliber of their collaborators reflects not only the esteem with which they are held but also the scope of their own vision. Their talents stretch way beyond just music-making as the brothers are also talented songwriters, producers, and entrepreneurs. Undoubtedly, they scored their biggest success to date when their song “War” was featured in the feature film phenomenon “Hunger Games”, their music instantly gaining an audience of hundreds of millions.

Their live shows are the stuff of legend, the audience being the lit fuse that ignites the musical TNT on stage. They wear their virtuosity lightly as they mash up a mosaic of sound that embraces the call and response of Gospel, the grittiest Funk, and the most socially conscious Hip-Hop. They are cathartic, joyous experiences, like revival meetings re-imagined by the most contemporary of remixers.

Seven sons of the late Kelan Phil Cohran went from busking on the streets to working with some of the biggest names in modern music... Prince, Erykah Badu, Gorillaz, Snoop Dogg, Mos Def, Wu Tang, Tony Allen & more. The power of their electrifying live show & the uniqueness of their music has propelled them to global notoriety & solidified their slot as PIONEERS of modern brass music ... more

Bandcamp Daily  your guide to the world of Bandcamp